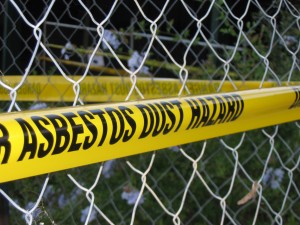 The European Parliament has filed a report calling for the removal of asbestos from all European public buildings by 2028.
According to the official figures from the Health and Safety Executive, between 2002 and 2010 a total of 128 school teachers dies from mesothelioma.

However, the campaign group Asbestos in Schools says that this figure is not accurate. They say it underestimates the true scale of mesothelioma deaths among teachers because it does not include those over 75 years of age.

Other asbestos support and campaign groups have reported that they are constantly being contracted by former teachers, lecturers, nurses and other healthcare workers who have been exposed to asbestos while working in public buildings.

An examples of one of these tragic stories is that of Gina Lees. Gina was a primary school teacher of 30 years and succumbed from mesothelioma aged 51. Dr Robert Hunter recently said that many more teachers, nurses, pupils an wives of men in manufacturing jobs could develop diseases caused by asbestos dust. Statistics reveal that over 35,000 people died from asbestos related diseases in the UK between 1997 and 2007. There are now approximately 4,000 asbestos deaths per year – this number is lively to increase. A vast majority of MEP’s supported the European Parliaments call for asbestos removal.

The report complied by the European Parliament will help improve on UK safety rules which have already seen the anning of asbestos mining and the manufacture, processing and use of asbestos products. A call for screening and registration programme for public buildings contaminated by asbestos as well as a map for asbestos free workplaces and an asbestos free environment were all included within the report. Currently, in Poland is the only EU state to have an action plan for an asbestos free country in place.
Furthermore, the report will also call for victims of mesothelioma to receive satisfactory compensation. The UK Government currenlty has a compensation scheme in place or all newly-diagnosed victims. The proposed scheme will see mesothelioma victims who cannot trace their former employer and/or insurer receiving adequate compensation.

The question to be asked here – is the Herefordshire economy ready for the cost of asbestos removals from all of its public buildings? If so, what measures will they be putting in place to ensure that this happens.