A woman who has terminal cancer after making asbestos “snowballs” with dust from a local factory as a child has received a substantial payment from its parent company.

Caroline Wilcock grew up by an asbestos plant in Bowburn, Country Durham. Now living in London, she said ” I feel I had a responsibility to the community I grew up in to pursue my claim”. Cape Intermediate Holdings Plc – previously known as The Cape Asbestos Company – settled out of court.

Miss Wilcock’s claim stated that she suffered from asbestos poisoning between 1967 and 1983. The 51 year old was diagnosed with the fatal lung condition mesothelioma three years ago. “My case establishes that the people of Bowburn were exposed to the dangers of asbestos over forty years ago and were largely unaware or unable to do anything to protect themselves or their children. I am angry that I and other children came into contact with asbestos whilst playing in our village and around our homes and feel certain that my case will not be in isolation.”

Local knowledge gathered for the case included recollections of children using asbestos dust on window ledges and cars for “snowball fights”. Others are said to have written messages in it, or used lumps that fell from the plant’s wagons as an alternative to chalk. The firm that operated the factory no longer exists so Miss Wilcock’s claim was made against its successor.

This is not the first time asbestos has been used to have play fights as if it were snow – check our past news story relating to the Wizard of Oz film production – http://www.ems-asbestos.co.uk//snowball-fights-with-asbestos/ 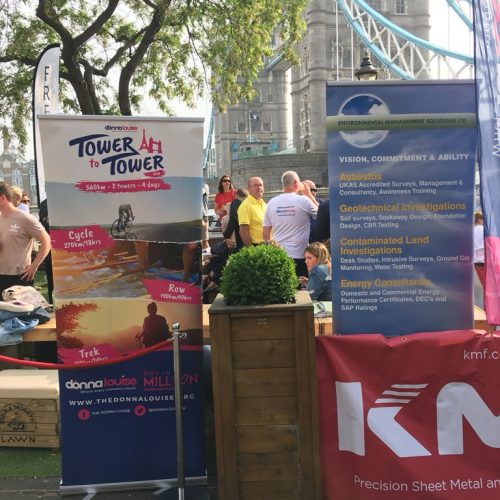