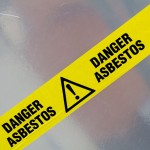 Two self-employed builders from Birmingham have been sentenced for exposing householders, as well as themselves, to asbestos.

The Health and Safety Executive (HSE) prosecuted Harnek Ram of Handsworth and Gulzar Singh of Smethwick, trading as G Builders, after they illegally removed and broke up asbestos panels from a home in Handsworth between 19 and 25 May 2012.

Birmingham Magistrates’ Court heard today (4 July) that the householder, who does not wish to be named, received a grant from Birmingham City Council to convert his garage into a bedroom and bathroom for his disabled father.

As part of the grant process, samples were taken on behalf of the City Council to test for asbestos and the results revealed asbestos was present. However, HSE’s investigation concluded that by the time the test results were known, Mr Ram and Mr Singh had already broken up the asbestos insulating boards (AIBs) with a hammer and removed them.

HSE told the court that neither Mr Ram nor Mr Singh held the necessary licence to remove the asbestos boards. Nor did they carry out, or ask to see, an asbestos survey, which is required by law before any demolition or refurbishment work is undertaken.

In failing to take adequate steps to prevent both the exposure to and spread of asbestos fibres generated by their work, they put the householders, themselves and others at risk of inhaling the potentially harmful airborne fibres. The subsequent clean-up of the site cost the City Council more than £6,500.

Mr Harnek Ram of Mary Road, Handsworth, and Mr Gulzar Singh, of Brian Road, Smethwick, both pleaded guilty to a breach of the Health and Safety at Work etc Act 1974.

“Inhaling asbestos fibres can cause mesothelioma, which is always fatal, and other life-threatening conditions. More than 4,000 people die every year from asbestos-related diseases.”

“An estimated 70% of properties contain asbestos. It is illegal to undertake any work which will disturb the fabric of the building without carrying out and obtaining the results of an asbestos survey.

“The type of work being undertaken in Handsworth should have been carried out by a builder who holds the necessary licence, in a safe manner and with the necessary control measures. Instead, Mr Ram and Mr Singh exposed the householders and others – including themselves – to potentially harmful airborne asbestos fibres. They also demonstrated a complete disregard for the law.”

To find out more regarding asbestos removal and remediation – click here.

Further information on managing asbestos risks can be found on the HSE website at www.hse.gov.uk/asbestos