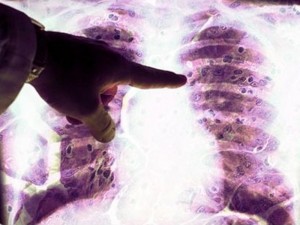 A man from West Virginia, USA, is suing a total of 55 companies that he believes are responsible for causing his lung disorder. On the 17th March 2012, Charles William Dawson was formally diagnosed with asbestosis, according to a complaint filed in February 2012 at Kanawha Circuit Court. Asbestosis is a chronic inflammatory and fibrotic medical condition affecting the parenchymal tissue of the lungs caused by the inhalation and retention of asbestos fibers. It usually occurs after high intensity and/or long-term exposure to asbestos (particularly in those individuals working on the production or end-use of products containing asbestos) and is therefore regarded as an occupational lung disease. Sufferers may experience severe shortness of breath and are at an increased risk for certain malignancies, including lung cancer but especially mesothelioma.

Mr Dawson claims that all 55 defendants (mostly building and construction firms) exposed him to asbestos and/or asbestos-containing products during his employment at various sites between 1960 and 2010. The 55 companies are being sued based on theories of negligence, contaminated buildings, breach of expressed/implied warranty, strict liability, intentional tort, conspiracy, misrepresentation and post-sale duty to warn, according to the law suit. Mr Dawson is seeking a jury trial to resolve all issues involved.

This case highlights the desperate need for companies to raise awareness of asbestos in the work place and to undertake asbestos surveys, management plans in order to protect workers.